Collect awesome Cards, Build your Battle Deck and enter the Wild Arena for epic card wars! Forget turn-based, go realtime against player constructed decks (PvP simulation)!
In this intuitive and beautiful trading card game (TCG), you’ll be unleashing powerful cards with special abilities in minutes. Battle fast & accessible real-time fierce card wars, in PvP Tournament mode battle duels to other player Card Decks on the go with spectacular fantasy magic spells and effects for the cards. Will you win your battles and become one of the heroes of the world?

= AN EXCEPTIONALLY RICH AND ADDICTIVE GAME =
Enter the exciting card deck adventure journey with awesome graphics and tactical gameplay, find the best tactics and strategies to defeat opponents through multiple arenas in the order and chaos ahead all the way to the top. Whether this is your first card exchange game or you are an experienced pro, join the community and the depth and charm of this wild heroes arena adventure will draw you in. The savage animal magic fantasy theme makes is very intuitive right from the start.

Finally an EASY TO LEARN, HARD TO MASTER Trading Card Game (TCG)! If you never played a TCG/CCG before, you’ll finally understand that collectible card games can be insanely fun! But warning: this will be your #1 game for the upcoming years! Will you become a hero, in this order and chaos building the best ccg / tcg deck in the animal kingdom there is?

Fight through the PVP Arena for awards fame!
And rush forth on an unforgettable adventure that you won’t forget!

FEATURES
* Strategy and speed combine. Master them both, and victory is truly in your hands
* Battle in an adventurous single player campaign against computer-controlled card decks
* Realtime battle mode with tactical card battles instead of turn-based
* Play to Win instead of Pay to Win
* PvP like combat tournaments offers awesome rewards for every season
* Battle heroic duels against other players card decks (“kinda PvP mode”) in various asynchronous online multiplayer TCG modes and card wars
* Earn different card packs to unlock rewards and spells, collect powerful new cards and upgrade existing ones with magic traits
* Build and upgrade your card collection with dozens of awesome cards. Evolve your savage monsters and fight fierce bosses of the animal kingdom
* Join tournaments with leagues and seasons to show your heroic skills in order and chaos combat
* Construct your ultimate Battle Deck to attack and defeat your opponents in card wars
* Journey: Progress through multiple battlegrounds and arenas all the way to the top
* Deep content & strategy with the card exchange game mechanics of a traditional trading card game (TCG) / Collectible Card Game (CCG)
* Epic Boss encounters test your skills and wits to the fullest
* Common, rare, epic and legendary animal cards with many upgrade levels
* Fight for glory: duel other players decks and win awesome prizes. Become one of the heroes of the world.
* Fight exciting battle duels against various opponents for leaderboard supremacy in awesome card wars
* Beginners to Heroes Arena Tournaments
* Unlock common, rare, epic and legendary cards with various traits such as heal, ambush, drain, energize, strike back, duplicate, multiple directions, resurrect.
* Unleash devastating skills and chain massive combos
* Team up with your friends to take on quests and explore our vast fantasy world, achieve heroic feats and lead your guild to the top of the multiplayer leaderboard.

The game is now GDPR compliant.
Please don't forget to rate the game! 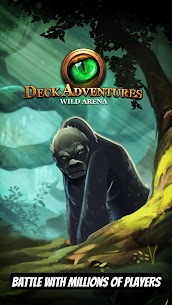 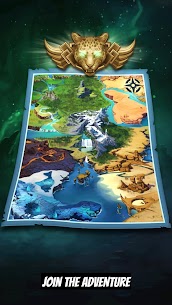 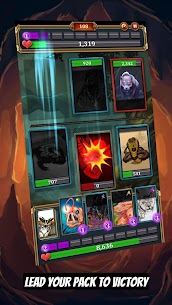 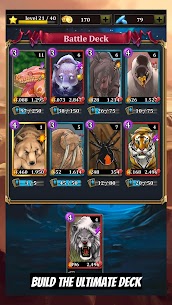 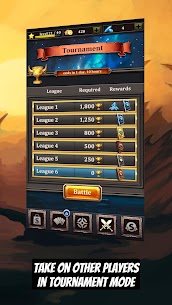